Politicians often make the same claims over and over again, leaving us fact-checkers empathizing with Bill Murray’s character in that 1993 classic “Groundhog Day.” This week was no different.

To highlight the repeats we’ve debunked before, we launched a feature during the 2016 election called “Groundhog Friday.” We’d be remiss to let Friday, Feb. 2 go by without comment. So, here’s our roundup of the past week’s reruns. Happy Groundhog (Fri)Day. 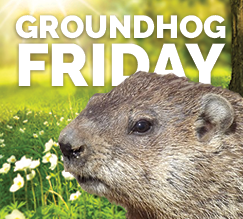 Vice President Mike Pence on job growth, Jan. 31, remarks at a Republican congressional retreat. “Because of what we’ve done — in rolling back red tape, and unleashing American energy, and cutting taxes for working families and businesses small and large — since Election Day, 2.4 million new jobs created across America.”

President Donald Trump on job growth, Jan. 26, remarks at the World Economic Forum: “Since my election, we’ve created 2.4 million jobs, and that number is going up very, very substantially.”
And he said it again on Feb. 1 at the Republican congressional retreat.

Just as the president did in his State of the Union address, he and Pence take credit for more than a half a million jobs created under then-President Barack Obama. Since Trump took office in January 2017, the job gain had been 1.84 million when the two men spoke. (The total under Trump is now 200,000 higher with the January job numbers that were released Feb. 2.) But the administration has been pumping up its number by starting the clock in October, the month before the election.

The president on Feb. 1 called the job gains “unthinkable,” but the job creation under Trump actually lags behind the job gains in each of the previous four years, as we’ve written before.

Distorts the Facts
“Since the election, we have created 2.4 million new jobs.”
Donald Trump
President of the United States
https://www.whitehouse.gov/

House Minority Leader Nancy Pelosi on the GOP tax law, Jan. 29, interview at the Washington Post: “This is unconscionable that they would have 83 percent of the benefits going to the top 1 percent.”

This is a misleading Democratic talking point. According to a Tax Policy Center analysis of the new tax law, Pelosi’s claim is accurate, but only for 2027 and only because most of the individual income tax changes in the law expire by then. In 2025, a quarter of the tax cut benefits go to the top 1 percent, and in 2018, the figure is 20.5 percent. Republicans wrote the law with these sunsetting provisions so that they could pass it with a simple majority in the Senate using reconciliation rules. They say the tax cuts will be extended by a future Congress.

Misleading
“83 percent of the benefits go to the top 1 percent” under the GOP tax law.
Democratic lawmakers
Party Line

Unsupported
The Republican tax plan will be the largest tax cut in U.S. history.
Donald Trump
President of the United States
https://www.whitehouse.gov/administration/president-trump

This dubious figure is a long-term estimate from the White House Council of Economic Advisers on the impact of cutting the top corporate rate from 35 percent to 21 percent. The CEA says this $4,000 pay raise could happen in eight years if the gross domestic product grows at an optimistic annual rate of 3 percent to 5 percent. The annual real GDP hasn’t increased by 3 percent since 2005 and by 5 percent since 1984, according to the Bureau of Economic Analysis.

And the CEA assumes that cutting corporate taxes largely benefits workers. But that’s debatable among economists. The nonpartisan Congressional Budget Office and Joint Committee on Taxation say 25 percent of corporate taxes are borne by workers, with the rest being shouldered by owners of capital.

Don’t Count On It
A corporate tax cut “would likely give the typical American household around a $4,000 pay raise.”
Donald Trump
President of the United States
https://www.whitehouse.gov/

The president made this claim during the State of the Union address, taking credit for a rise in wages that began years before he was inaugurated. Real, inflation-adjusted average weekly earnings for private-sector workers have gone up 1.1 percent during Trump’s first 11 months — but they went up 4.1 percent under President Obama, according to figures from the Bureau of Labor Statistics. So, they’re not “finally” going up, as Trump said.

To see the long-term trend, we use BLS’ figures for weekly earnings for production and nonsupervisory workers. Those average inflation-adjusted wages have been on a generally upward path since 1996.

“After years and years of wage stagnation, we are finally seeing rising wages.”
Donald Trump
President of the United States
https://www.whitehouse.gov/