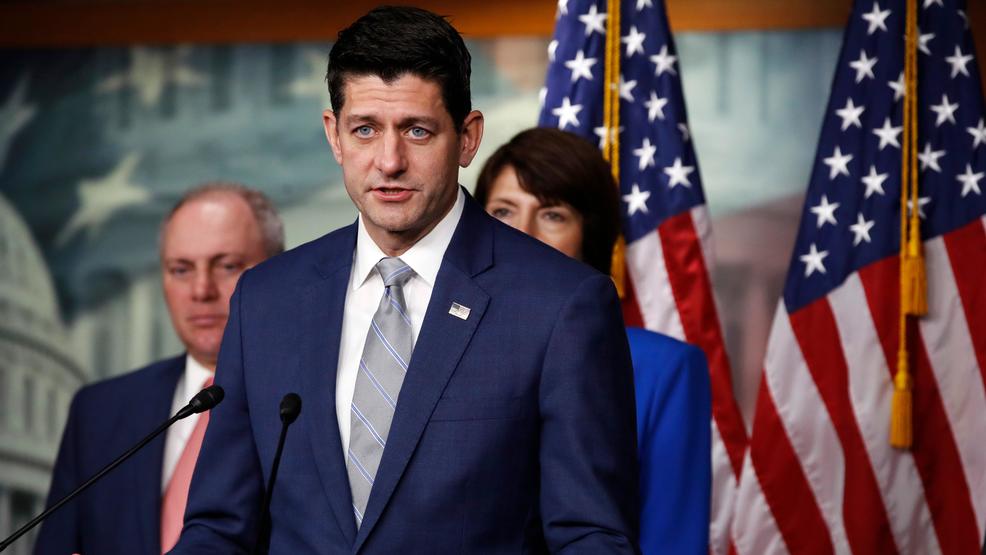 House Republicans plan to proceed with a vote this week to extend and expand upon tax cuts passed last year, confronting a politically dicey issue as they struggle to convince voters to leave them in control of the chamber.

The so-called “Tax Reform 2.0” package, which contains three separate bills, was approved by the House Ways and Means Committee earlier this month. Republican leaders announced it would receive a floor vote before the end of the month.

“From a timing standpoint, we’re going to put the ball on the field and move it through the House, to the Senate,” House Ways and Means Committee Chairman Kevin Brady, R-Texas, told CNBC.

With no Senate action on the tax cut sequel on the horizon, the House vote seems largely symbolic at this point. Regardless of what the upper body does, it allows vulnerable Republicans to return to their districts and say they voted to make the individual cuts permanent.

“I think this is something that is part of Republican ideology much more so and is much more of a unifying policy than some social issues, and it makes sense Republicans want to do more in the tax space because they can all agree on that,” said Caroline Bruckner, managing director of the Kogod Tax Policy Center at American University and former chief counsel for the U.S. Senate Committee on Small Business and Entrepreneurship. “It’s a unifying tenet of the Republican Party to cut taxes and reduce regulation.”

According to the Joint Committee on Taxation, the new tax reform package would add $657 billion to the $1.5 trillion the original tax cuts are projected to cost over the next ten years. Critics have questioned the push for deeper cuts with the deficit already rising faster than predicted.

“This is a plan built on quicksand – sinking in the very debt that finances it. Not only will it add hundreds of billions to the deficit, but it may actually slow long-term growth, especially if recent spending increases are also made permanent,” said Maya MacGuineas, president of the Committee for a Responsible Federal Budget, in a statement.

The first bill, the Protecting Family and Small Business Tax Cuts Act of 2018, would make the cuts to individual tax rates permanent, as well as other changes like the doubling of the standard deduction, the increased child tax credit, and the capping of state and local tax deductions. A 20 percent deduction for pass-through businesses and a larger deduction for medical expenses would also be extended.

The second piece of the Tax Reform 2.0 package, the Family Savings Act of 2018, would make changes to rules for retirement and education savings accounts, and it would make it easier for small businesses to band together to offer retirement benefits to employees. A third bill, the American Innovation Act of 2018, would allow new companies to deduct up to $20,000 in startup expenses.

“I think it reflects their commitment to working on behalf of their party’s policy priorities, but the thing that’s kind of interesting to me is, rather than spending time trying to extend policy you already enacted, why they’re not more focused on running on what they did,” Bruckner said. “Now’s the time when you sell it.”

That is exactly what Republicans planned when they passed the Tax Cuts and Jobs Act in December. The bill was expected to reduce taxes for most workers, drive new investments and spark increased economic activity ahead of the midterm elections.

Economic growth has surged this year and more positive gross domestic product and employment data are expected to hit before the election, but public opinion on the tax bill remains mixed at best. Internal Republican polling reportedly shows the GOP has failed to convince voters of the benefits of their tax cuts.

According to Bloomberg News, a survey conducted for the Republican National Committee by Public Opinion Strategies found 61 percent of respondents believed the tax cuts had helped corporations and the wealthy more than the middle class, while 30 percent said it was better for the middle class. Most Republicans believe it helps the middle class more, but independents say it favors the wealthy by a 36-point margin.

“Give Democrats credit. They jumped out early and tried to define the tax cuts as a gift to the wealthy,” said Republican strategist Mark Weaver.

The RNC poll found 44 percent of respondents approve of the law and 45 percent disapprove. Public surveys have also indicated attitudes toward the bill are nearly even or slightly negative, and some who have received tax cuts have not noticed.

A new poll conducted by Ipsos for The Daily Beast shows only 29 percent of adults believe federal taxes for the middle class decreased in 2018, including just half of Republicans. Nearly 50 percent said taxes went down for the wealthy.

A Fox News poll released Sunday showed 6 in 10 voters say they have not seen more money in their paychecks since the bill was passed, and only 32 percent believe it has helped the economy. Still, the survey found Republicans have a one-point lead over Democrats on who will handle tax policy better.

Bruckner has been unsurprised by these findings, predicting many will remain unaware of any savings until they file their 2018 taxes next April. Even then, some may discover they did not withhold enough.

“Tax policy is a really inefficient way to put money in people’s pockets,” she said. “Politicians always try to convince themselves tax cuts are going to lead to instant poll bumps and that’s almost never the case. It takes a while to filter the money through the system. It just does.”

“The Republican Party has no shame and no sense,” tweeted Rep. Bill Pascrell, D-N.J., a member of the Ways and Means Committee. “The #GOPTaxScam and its sequel #TaxScam2 are about as popular as rugburn. @HouseGOP won’t stop targeting the middle class until they’re halted cold by the American people.”

According to Weaver, the push to pass a tax cut package before the midterms reflects the fundamental Republican message that more money in voters’ pockets is a good thing, and it could pay political dividends with the GOP base this fall.