Donald Trump‘s tax returns could be made public if the Democrats win back control of the House in November.

The Dems are planning to use an almost 100-year-old law to get their hands on Trump’s old filings, which could then be handed to the press.

Trump bucked a 40-year tradition when he refused to release his returns during the 2016 election, claiming he was under audit by the IRS. 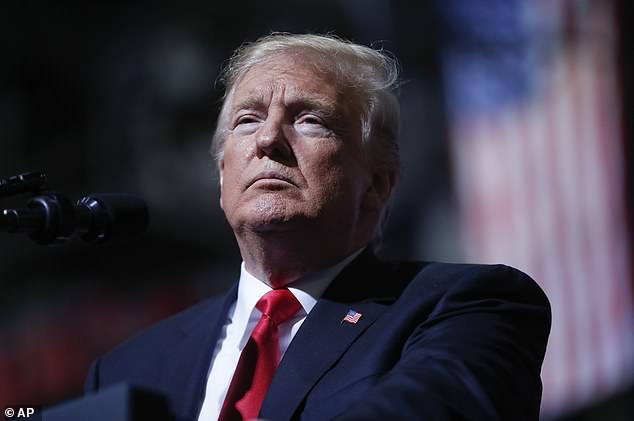 Donald Trump refused to honor a 40-year-old tradition by releasing his tax returns during the 2016 election, but if Democrats win the House in November, they could do it by force

That has led to fascination over the tax returns among Democrat circles and what they could possibly contain.

Conflicts of interest between Trump’s businesses and the presidency, possible links to Russia, and charity donations are all expected to come under scrutiny should the party get hold of the documents.

The 1924 law states that the Treasury Department will hand over any old tax filings requested by the chairs of the tax committees or the head of Congress’s nonpartisan Joint Committee on Taxation.

Lloyd Doggett, a Democrat representative from Texas, told Politico that the plan would then be to review the documents in private – at least at first.

‘The approach would be to get all of it, review it, and, depending on what that shows, release all or part of it,’ he said. 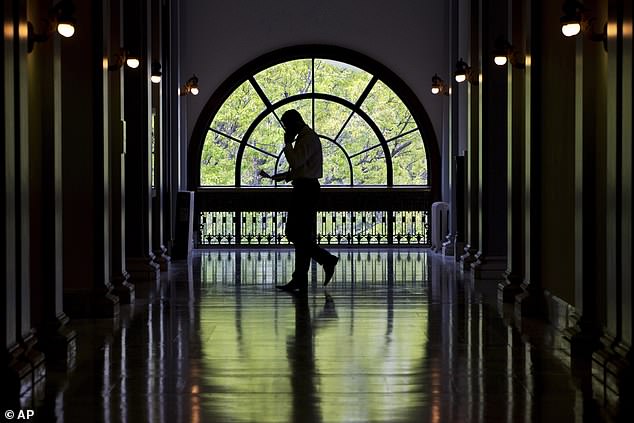 A 100-year-old law would allow members of tax committees to demand the documents to review privately, but which could then be leaked to the press (file image)

Mark Warner, a senator for Virginia and top-ranking Democrat on the intelligence committee, added: ‘There are legitimate oversight questions that can only be answered by having those documents.’

While the move would be unusual, it would not be unprecedented. Republicans used it to work out whether the IRS discriminated against conservative groups seeking tax exempt status under Obama.

Indeed, the law was passed due to concerns over conflicts of interest posed by the businesses of Andrew Mellon, who was Treasury Secretary in the Twenties.

But even if the Dems win the House and get hold of the documents, they would still face a protracted legal battle to get the documents released.

Improperly releasing tax information is a felony punishable by up to five years in prison, and Trump would surely fight vociferously to keep the information private.