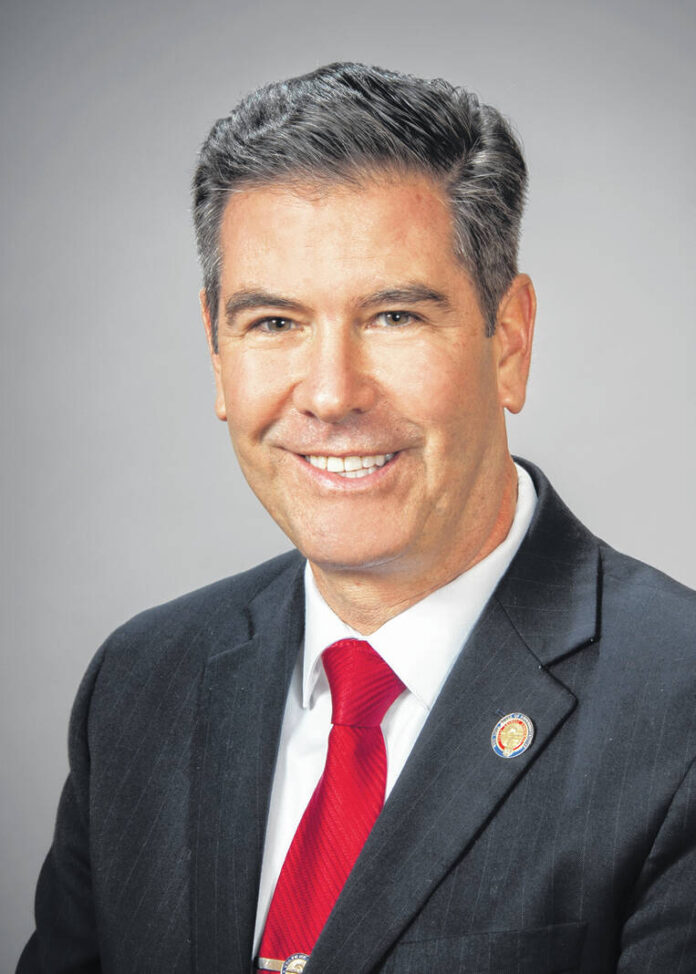 America is in a recession, a recession caused by overspending from the Biden Administration and the highest inflation rates in 40 years.

Despite what Congressional Democrats and the Biden Administration may be telling you, we are, by definition, in a recession. A recession is defined as two consecutive quarters with negative GDP growth. This year GDP growth decreased 1.6% in the first quarter and 0.9% in the second quarter. President Biden and his team have remained consistent in their denial of a recession no matter what the data says. Treasury Secretary Janet Yellen has said that “even if the (second-quarter GDP growth) is negative, we are not in a recession.”

Avoiding the concern for a recession, Congressional Democrats have created and passed a budget reconciliation bill. This bill raises taxes on America’s middle class, despite President Biden’s campaign promise not to increase taxes for Americans making less than $400,000. According to the Joint Committee on Taxation, half of the new tax burden created by this “reconciliation bill” will fall on those making less than $200,000.

This bill will also drastically hurt businesses. The so-called “Inflation Reduction Act” implements a new minimum tax rate of 15% on businesses that make more than $1 billion a year. I spent 27 years working in the steel business. I have seen firsthand the impacts new or increased taxes can have on a business. It will be extremely difficult for any business to thrive in this economic environment.

The solution to a recession is not raising taxes. Americans just cannot afford to live like this, and businesses will struggle to thrive with the addition of the new tax. Democrats have dug themselves into a hole by increasing spending on energy and healthcare but failed to pay attention to the dramatic effects this would have on hardworking Americans.

As past co-chair of the Business-First Caucus, I understand the importance of prioritizing economic prosperity moving forward and we must put business first in Ohio. This will trickle down and give Ohioans an opportunity to prosper in spite of the chaos coming out of Washington.

Over the last year, I have worked on a variety of legislation to put business first and keep Ohioans from economic despair. Along with Rep. Jim Hoops, R-Napoleon, I sponsored House Bill 515, which was signed by Gov. Mike DeWine in June. This bill allows for Ohio residents to receive a business income deduction, incentivizing Ohioans to stay in Ohio before and after they sell their business.

Additionally, Rep. Bill Roemer and I introduced House Bill 115 in the 133rd General Assembly, a companion bill to Senate Bill 1, introduced by Sen. Rob McColley and Sen. Kristina Roegner. It was ultimately passed as Senate Bill 9 in the 134th General Assembly. The bill requires each state agency to reduce the regulatory restrictions contained in its rules by 30% by June 30, 2025. Beginning July 1, 2025, this bill also requires that an agency that does not achieve a reduction in regulatory restrictions, according to the required schedule, to eliminate two restrictions before enacting a new rule containing a restriction. These are just some of the steps that I have taken to ensure Ohioans will continue to prosper despite the state of the economy in the country.

It is extremely disappointing that the Biden Administration has led us down this path. We’ve been dealt a tough hand, but I will do everything in my power to ensure that Ohio, especially northwest Ohio, does not suffer because of the negligence of Democrats in Washington. I encourage my colleagues to take a long, hard look at the future of our country and our state. Now is the time to put business first. Now is the time to fight for our economy.

Craig Riedel, R-Defiance, is a member of the state House of Representatives. His district includes portions of Auglaize, Mercer and Van Wert counties. His column does not necessarily reflect the opinion of The Lima News editorial board or AIM Media, owner of The Lima News.