The Democrats’ enormous climate spending bill will allow corporations to buy green energy tax credits and write off a portion of the taxes they owe, even if they aren’t doing anything to reduce emissions.

President Joe Biden and Congressional Democrats in August passed a $369 billion climate spending package into law which will increase the amount of green energy tax credits and allow them to be bought by corporations and transferred between entities. Starting in 2023, the bill, dubbed the “Inflation Reduction Act,” will let large businesses purchase green tax credits even if they are not actively investing in green energy.  (RELATED: Here’s What Americans Will Get From The Climate And Tax Bill Democrats Just Passed)

Corporations will be able to purchase the transferable tax credits and receive substantial economic benefits without contributing to green energy initiatives. Since the bill makes green tax credits so widely available, energy developers could sell the credits at a discount, meaning that corporations could substantially and instantly increase their profits by purchasing the credits, according to The Wall Street Journal.

“They can basically purchase the tax credits, advance their ESG goals and get certain economics from the credits without taking any construction or operational risk of the project,” Hagai Zaifman, a partner at Sidley Austin LLP in New York who helps structure renewable-energy deals, told the WSJ.

Democrats allowed green tax credits to be traded to incentivize financiers and companies to invest in renewable energy projects to quickly phase out fossil fuels and fulfill their aggressive climate agenda, the WSJ reported. However, green energy companies often don’t generate enough profit and tax liability to make use of the tax credits they receive, so the bill allows tax credits to be purchased by other companies to maintain incentives, according to the WSJ. 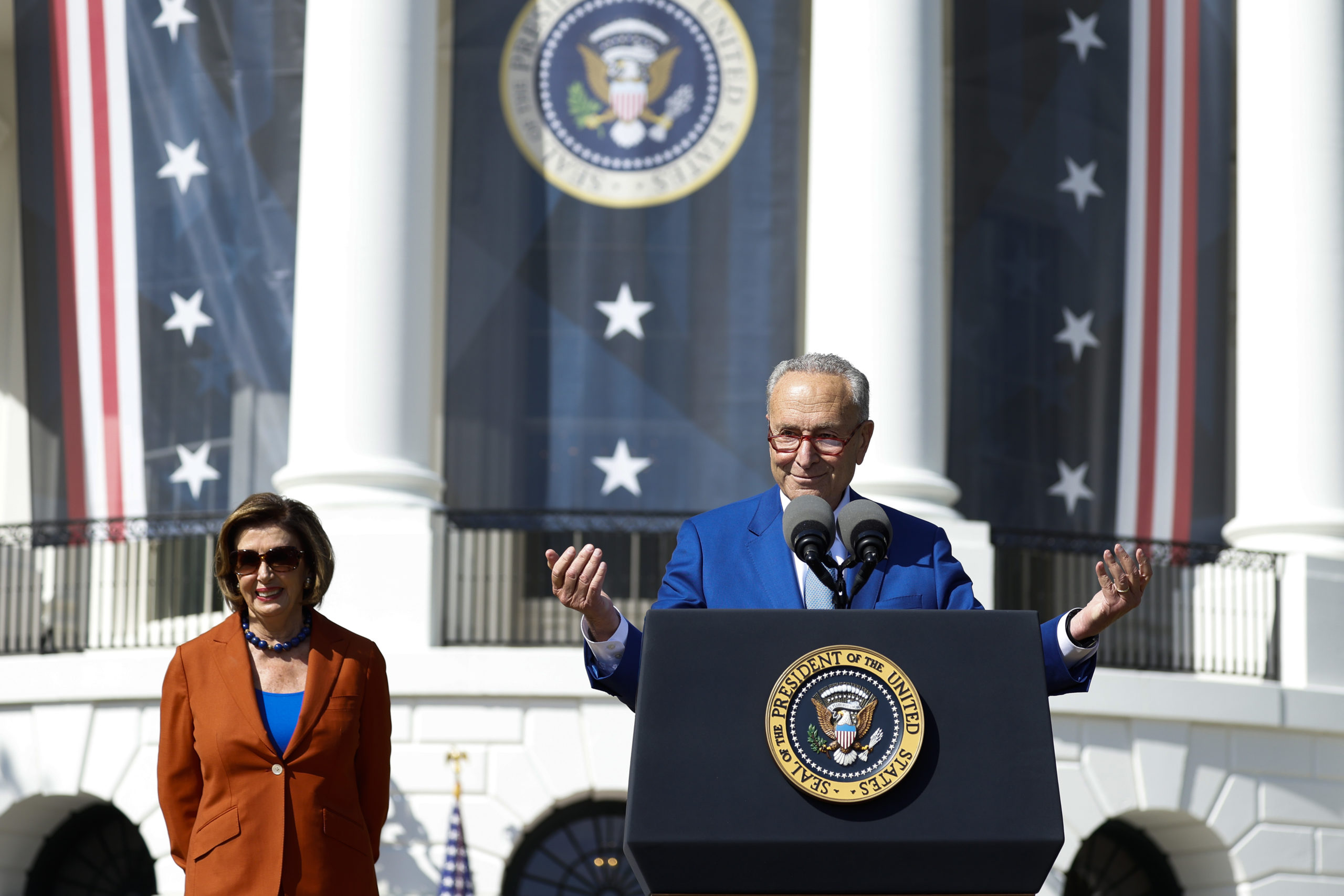 Democrats expressed their desire to raise taxes on big businesses in August after a Joint Committee on Taxation analysis found that 100 to 125 corporations paid an average tax rate of 1.1% on their profits in 2019. President Joe Biden also stated that he wanted to increase taxes on large corporations that have often evaded paying taxes during his first State of the Union address in March.

The White House and Democratic Senate Majority Leader Charles Schumer did not immediately respond to the Daily Caller News Foundation’s request for comment.

Content created by The Daily Caller News Foundation is available without charge to any eligible news publisher that can provide a large audience. For licensing opportunities of our original content, please contact licensing@dailycallernewsfoundation.org.